It’s a fact that many financial, medical, consumer and manufacturing organizations don’t have the appropriate antivirus and other measures in place, to guarantee the security of customer and patient data. And according to sources, online banking fraud increases 48% year-on-year.

Let’s just analyze some of the cybersecurity-stats-of-2015:

Let’s also see a case that happened in Middle-east. According to reports by Gulf News, in 2013, Saudi Arabia’s national oil company Saudi Aramco was hit with a virus that infected roughly 30,000 of its machines. The report indicated that it took nearly two weeks for the company to recover, disrupting the world’s largest oil producer.

Now as a relief for many organizations, cloud computing has emerged as a sophisticated cybersecurity tool in recent years.

As threats continue to build up, understanding and managing cybersecurity risks have become top priority for leaders in business and government. Increasingly, organizations are now responding by adopting innovative technologies like cloud-enabled cybersecurity, big data analytics and advanced authentication to reduce cyber-risks and improve cybersecurity programs.

‘The Global State of Information Security’ 2016 survey revealed that, many organizations are incorporating strategic initiatives to improve security and reduce risks by:

And they entrust a broadening range of critical services to the cloud, including real-time monitoring and analytics, advanced authentication and identity and access management.

Small business owners do not have the luxury of large amount of money to setup an entire IT structure and maintain it. As there are easy plans to choose from a service provider, a small business owner can use the services to work like a big enterprise and pay a very small fee for it.

Studies and surveys show that companies that are deeper into cloud and those who are early cloud adopters, are far less worried about downtime. They’re also increasingly inclined to put even more applications into the cloud.

Not only that, year upon year, cloud providers are coming up with novel ways to make the cloud more secure, have less downtime and make migrations easier.

An analysis of downtime at IaaS public cloud providers in 2015 by CloudHarmony (owned by Gartner, monitors the health status of providers by spinning up workload instances in the public cloud and constantly pings them) revealed that despite having the largest cloud offering on the market, Amazon Web Services (AWS) had the least amount of outages among major vendors (2 hrs 30 min). The cloud downtime for other big cloud providers in 2015 reported by CloudHarmony were:

Smaller organizations however have broader adoption and less critical workloads, and hence less impact from downtime. But just to be sure, there are also steps users can take to make them impervious to cloud downtime, including spreading workloads across data centers in the cloud.

According to Gartner Group, 40% of small to medium sized businesses that manage their own network and use the Internet for more than e-mail will have their network accessed by a hacker, and more than 50% won’t even know they were attacked.

So you may have the cloud cybersecurity in place for your organization, but why not go the extra mile to ensure added benefits and safety. A good Managed Service Provider can help you manage your network, server, storage and backup apart from providing services like cloud, migration services and automation services. They can help you get back into compliance, provide 24/7 network monitoring, fix problems before you even know they’re happening and even guarantee a certain response time to issues.

They can give a detailed reporting of network threats, manage your technology and deliver a fully-functional network without all the expensive overhead.

Check out our articles and infographics.

Get Our Latest Ebook 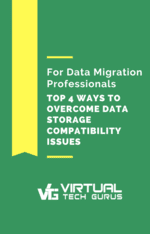