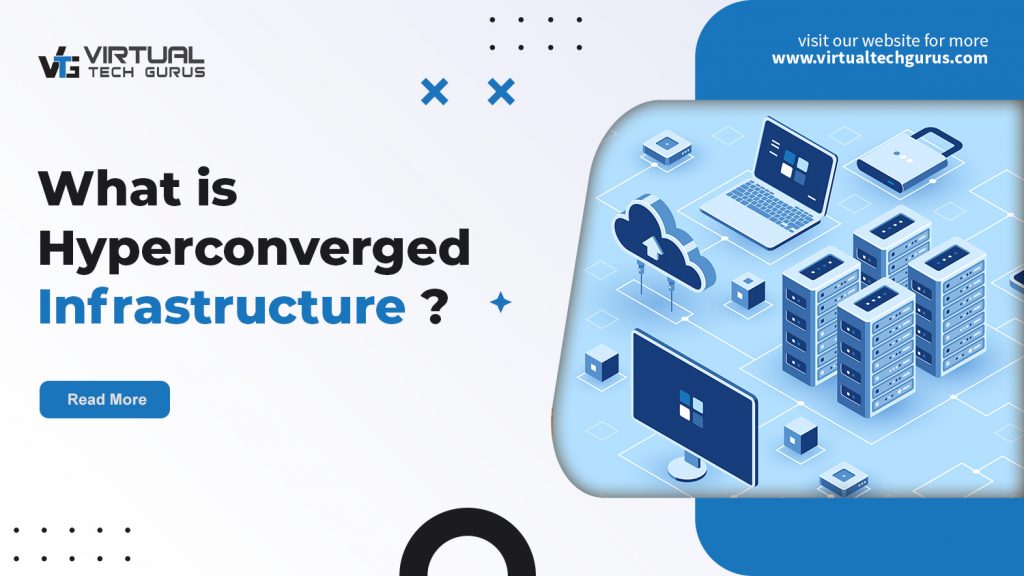 Today's traditional IT infrastructure necessitates enormous expense, complexity, and effort when many vendors integrate, optimize, and maintain servers, storage, network, and other data center components. The introduction of modern converged infrastructure over a decade resulted in the development of the converged data center. In addition, individual suppliers began packaging components into homogeneous prequalified turnkey appliances to alleviate compatibility issues and simplify management.

The beginnings of hyperconverged infrastructure (HCI)

When the online boom happened in the 1990s, infrastructure with storage networks and server SANs was established, with discrete modules that could be upgraded or modified without impacting other levels. Such an infrastructure transformed IT departments and has since become the industry norm.

However, the three-tier structure cannot meet IT requirements amid the hybrid cloud age. Because it is complicated and cumbersome, it does not provide a solid foundation for DevOps and hence cannot expand to the same extent as previously. As a result, hyperconverged infrastructure is now the infrastructure of choice for businesses who want to stay competitive while also ensuring their data centers are cloud-ready.

Hyperconverged infrastructure is now the infrastructure of choice for businesses who want to stay competitive while also ensuring their data centers are cloud-ready.

Hyperconvergence augments simple converged infrastructure with higher degrees of abstraction and automation. Converged infrastructure is a pre-configured combination of software and hardware packaged together in a single system for easier administration. On the other hand, the converged infrastructure's computing, storage, and networking components are distinct and may be separated. In a hyperconverged context, the software-defined parts are executed digitally, seamlessly integrating into the hypervisor environment. Organizations may quickly grow capacity by installing more modules as a result of this.

How Does HCI Work?

The whole data center stack, including computing, storage, networking, and virtualization, is achieved with hyperconverged systems. You can replace a traditional, time-consuming, and costly infrastructure with a platform that operates on turnkey servers (the industry standard) and enables businesses to begin growing from node to node. For exceptional performance and resiliency, software running on each server node distributes all operational functions throughout the cluster.

Two major components of HCI are

This plane is built on a cluster of nodes that provide storage, virtualization, and networking capabilities to guest applications, which can be virtual machines or container-based applications.

This plane enables you to quickly monitor hyperconverged resources from a single location and perspective, reducing the necessity for separate management services for servers, storage networks, memory, and virtualization.

Almost all current HCI systems are software-defined and do not rely on proprietary hardware. Instead, each hyperconverged node in a cluster runs a hypervisor. As a result, control operations execute each node as a different virtual machine, resulting in a wholly distributed structure that may increase resources by adding new nodes.

The Advantages of Hyperconverged Infrastructure

HCI provides a great deal of budget freedom. However, the rewards you receive will vary depending on your degree of involvement. Typically, hardware will account for 80% of your overall spending, while software may account for 20%. These considerations enable you to be creative in selecting the appropriate hardware and software for your needs.

As a result, the amount of performance you want from this hyperconverged infrastructure approach depends entirely on your business objectives and application needs. You have a universe of alternatives within a box capable of executing your most demanding workloads better than your typical SAN/host architecture. Each vendor will provide solutions ranging from entry-level HDD appliances to high-end all-flash HCI devices.

Another advantage of hyperconverged infrastructure is the capability to stack devices, commonly known as "nodes," to add both computational power and storage capacity simultaneously. This is useful for scalability as your company expands. In addition, it dramatically simplifies your budget forecasts for the coming year because you know precisely how many nodes you'll need based on your growth rate.

Regarding SAN-like features, HCI is just as competent as traditional host-to-SAN communication needs while minimizing latency problems. In addition, storage and hosts are housed in the same physical box with hyperconverged systems, improving response time.

If you want to learn more about Hyperconverged Infrastructure and how it can enhance your business capabilities, feel free to consult with Virtual Tech Gurus HCI experts.