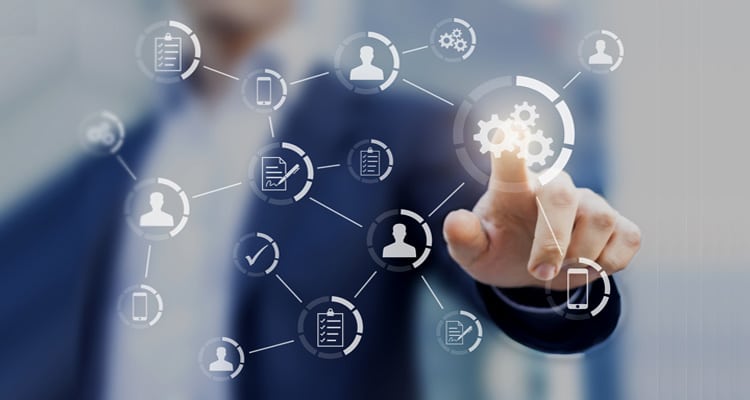 Automation offers many benefits such as, efficiency, accountability, predictability while lowering cost, variability and risk. So with advantages like these, why aren’t more companies automating their infrastructure?

The answer has to do with ‘where to begin’ and understanding where to start.

“Gartner predicts that by 2017, 75 percent of enterprises will have more than four diverse automation technologies within their IT management portfolios, up from less than 20 percent in 2014.”

A common mistake is automating the application release but not the components behind it. When the system breaks down the value proposition of infrastructure automation is not accurately perceived by the organization.

When organizations automate simply for the sake of automation, they create a stumbling block from the get-go. The objective should be to first decide which activities will be automated. By identifying ways that infrastructure automation supports objectives such as powering a constantly ready business or converging machine and user data to enable real-time business decisions. The desired business outcomes and objectives from the automation process must be clearly identified and fully understood by stakeholders of the project.

First, determine the cost of doing the task manually compared to the cost to automate that effort. Then determine how much money will be saved, perhaps in time or other resources, by automating that task. Don’t fail at the onset by not having a clearly defined strategy. By all means, get organized. Third, identify and prioritize where infrastructure automation could be applicable, define a strategy to migrate to processes powered by automation.

Consider these five factors: technical feasibility; costs of automation; relative scarcity, skill, cost of workers who might otherwise do the activity; benefits of automation beyond labor-cost substitution; and regulatory and social acceptance considerations.

The only thing worse than not automating, is trying to automate too much. A good deal of the data entry and data processing work across all industries could be automated — some 60 percent.

In the past, IT organizations executed a single strategy for selecting, deploying, and managing applications, often it didn’t work well. Considering automation’s role across the IT organization, categorizing the automation of systems by their role and rate of change can be beneficial.

As infrastructure automation continues to evolve and transform the workplace for almost every large and mid-size business, click here to unlock value, given the cost of replacing human labor with automation. An important thought is that the majority of the benefits may come not from reducing labor costs, but from raising productivity through fewer errors, higher and faster output, and increased quality and safety.

Posted in IT Infrastructure Transformation
← Are the Challenges of Next Generation Infrastructure Worth the Rewards?Successful Data Center Migration Takes Know-How →